Def Leppard guitarist Vivian Campbell played his first show with Thin Lizzy in Aberdeen, Scotland on this day in 2011.

The show took place at the Music Hall.

Vivian's first show in the city since playing there with DIO in September 1984 on the Last In Line tour supported by Queensryche.

Vivian had supported the original Thin Lizzy band in the early 80s as a member of Sweet Savage.

View video footage from the show and the setlist below plus a few photos.

Safeconcerts posted 20 high quality photos from this show on their website (linked below).

The new line-up of the band had been announced in May 2010 with Vivian joining alongside new singer Ricky Warwick.

Joe Elliott had suggested Vivian guitarist Scott Gorham. He had also played with Ricky at Joe's studio on one of his Joe produced solo albums in the early 2000s.

Joe worked with both Scott and drummer Brian Downey in early 2010 on seven new remixes for two remastered Thin Lizzy albums 'Johnny The Fox' and 'Jailbreak'.

The albums were released in January 2011 just ahead of the tour.

They had been due to start with a special appearance at O2 Arena in Dublin on 4th January 2011 at a memorial show for former frontman Phil Lynott on the 25th anniversary of his death but this was later cancelled. Joe appeared on Irish TV in March 2011 as part of a Phil Lynott tribute and Thin Lizzy also performed live.

The line-up also featured Marco Mendoza on bass and Darren Wharton on keyboards.

They toured the UK/Ireland, Europe and the USA with Vivian having to leave the band in early May to rejoin Def Leppard for the 'Mirrorball' world tour. Both he and Joe went on to make guest appearances with the band in Dublin and when Thin Lizzy supported Lep on the first three 'Mirrorball' shows in June.

He later credited this stint with Thin Lizzy as reigniting his passion for lead guitar playing which eventually led to him starting Last In Line.

Read the original press release from May 2010 when the line-up and tour were first announced. Extra dates were added in Dublin/Belfast in August 2010 along with a full European tour.

THIN LIZZY is one of rock music's most recognizable names. The fiery Dublin band exploded onto the scene with a fresh sound, look and attitude. Led by the incomparable Phil Lynott, the band reached many peaks and influenced generations of musicians with classic tracks such as "Jailbreak", "The Boys Are Back In Town", "Still In Love With You", "Cold Sweat", "Emerald" and "Don't Believe A Word".

Most rock historians would agree the pinnacle of THIN LIZZY's commercial success was in 1983, followed by the band's premature demise, as they played their last gig in September of 1984. Just two years later, the world was shocked when singer/bassist and founding member Phil Lynott passed away at the age of 36.

24 years have passed, the world has changed, but the amazing body of work that is THIN LIZZY still retains all of its vibrancy and influence.

A new lineup has formed to take LIZZY's music to a whole new generation of music fans. Led by alumni Scott Gorham, Brian Downey and Darren Wharton (all of whom played in THIN LIZZY with Phil Lynott) the stellar lineup is completed by DEF LEPPARD's Vivian Campbell (guitar), bassist Marco Mendoza (WHITESNAKE, TED NUGENT) and THE ALMIGHTY's Ricky Warwick on vocals and guitar.

Alongside the new lineup, Universal Music has committed to a series of re-issue, deluxe and special releases of classic THIN LIZZY material over the next 18 months. More details to follow.

THIN LIZZY has confirmed a 2011 U.K. tour. Full dates are as follows:

Doors will be at 7 p.m. Special guests will be Seattle based SUPERSUCKERS.

In addition to the U.K., THIN LIZZY's new lineup will play Dublin on January 4, 2011. This special show will mark the 25th anniversary of Phil Lynott's passing and the event will feature many additional guest stars and performers. Venue details are set to follow.

"In fairness I didn’t recommend Ricky Warwick to Scott. I did recommend Vivian Campbell because I knew Scott just didn’t think it was going to work out with Brian Robertson this time around. I suggested he talked to Viv – he grew up on Lizzy and was the natural choice. In the end Scott said it was like Viv was teaching him how to play Lizzy songs! I think because I’d been involved with Viv joining Lizzy and we were talking about the deluxe editions that the conversation came around to Ricky. And Scott remembered he’d worked with Ricky eight years ago. When I was putting Ricky’s solo album together we had Scott come over and play all different types of guitar parts for it. Whatever we asked him to play he played it – we had him playing slide guitar and everything. We dragged it out of him. And Scott proved a bit more versatile than people had painted him as being!"

"Scott went back and listened to that Ricky Warwick record and said he thought Lizzy might give him a try. And I think he’s sounding really good with the band. He’s singing, rather than shouting and I think he’s found his niche. I know he’s been working his bollocks off for the last five months to make sure he’s the best Lizzy vocalist he can be. He’s done his homework and one thing you always get with Ricky is 100% whatever he’s doing." 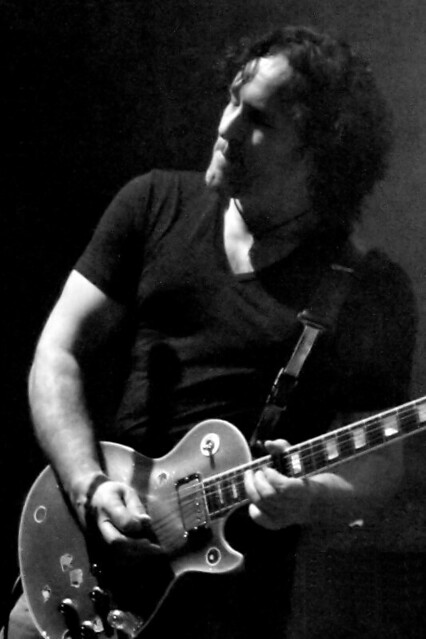 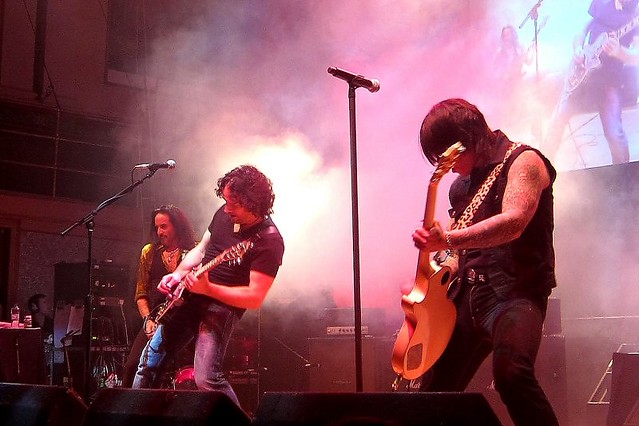 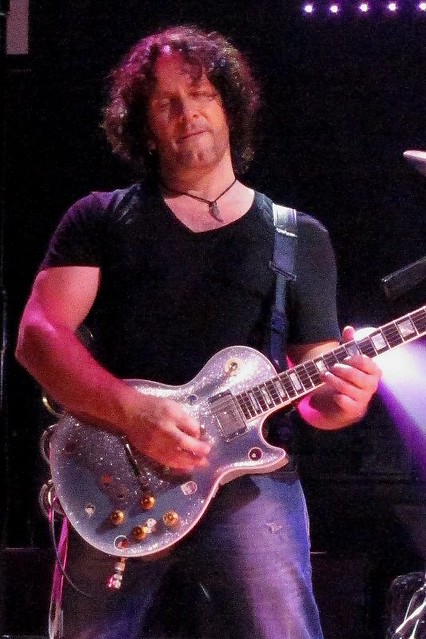 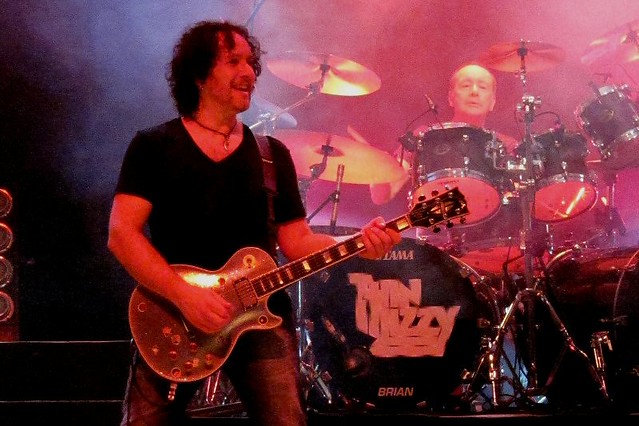 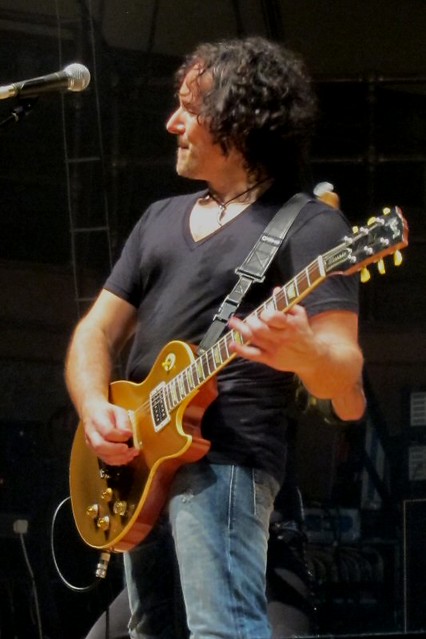