Def Leppard played a show on 11th May 2016 in Little Rock, AR and met with local students to take a photo.

The show took place at the Verizon Arena.

A show which had been postponed and rescheduled from 9th February after Joe's vocal issues.

Their first show in Little Rock since October 2006 on the YEAH! tour.

Before the show the band met with the Arkansas School For The Deaf students after a successful online petition.

The now famous photo was taken in the Meet And Greet area with a replica of the 'Leopards' sports team scoreboard.

The new scoreboard, which brings the words "Deaf" and "Leopards" together, was provided by the Verizon Arena who arranged the event.

The school's sports team name 'Leopards' apparently dates back to 1941. Joe came up with his original fictional band name 'Deaf Leopard' in 1975 while in a school art class in Sheffield. Tony Kenning, the band's original drummer, suggested the spelling be changed to Def Leppard after the band's first few live shows were played in late 1978.

The band performance scenes for the promo video to 'Man Enough' were also filmed on stage at the arena before this show.

Cary Tyson later uploaded 13 photos to Flickr which featured many of the media shots and others taken on the main stage.

View a few of these below.

"It was destiny, as we’ve known about them for a while now!"

"I was like, wow are you serious? The rock band wants to meet us?" Henry James said.

"I told my grandmother that I was going to meet Def Leppard and she was like that was my favorite band when I was young," Alex Gossett said.

"It was awesome, I don't think I'm ever going to wash my hands," James said. 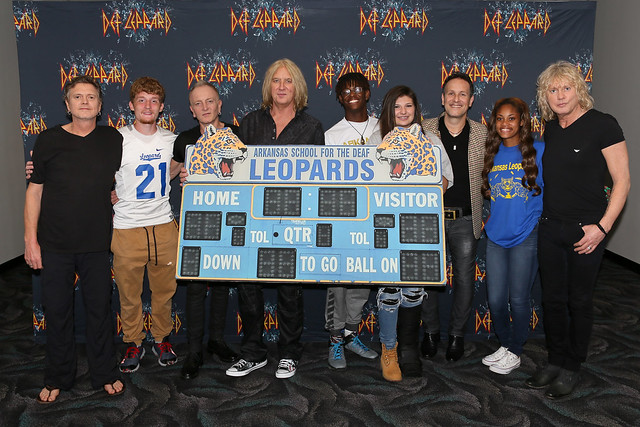 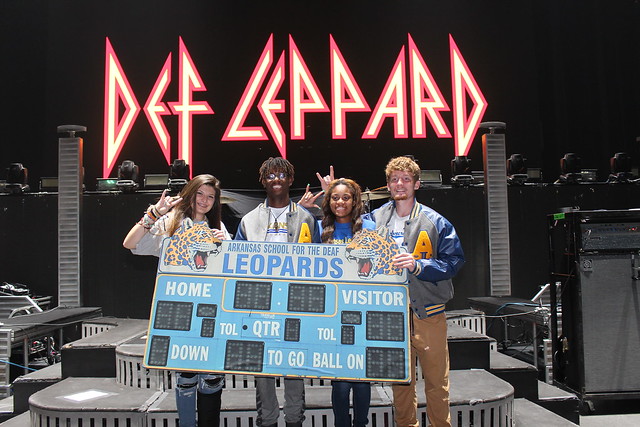 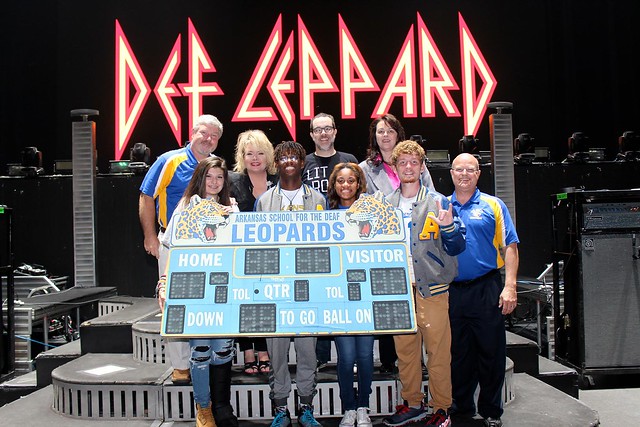 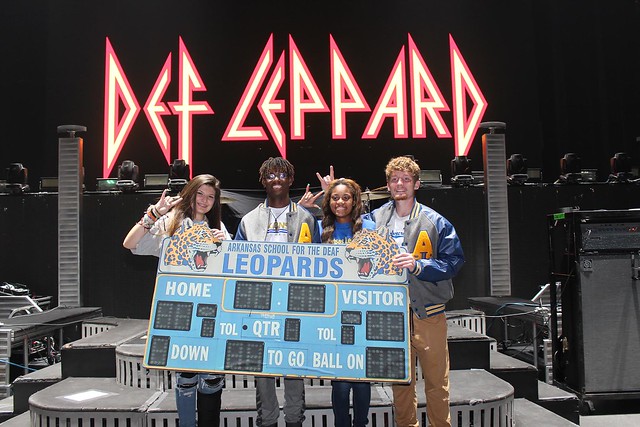 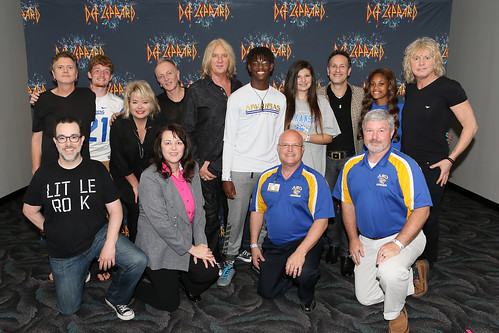 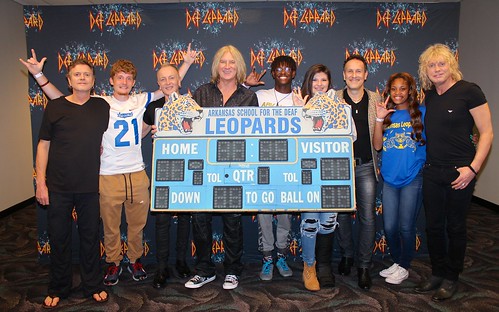